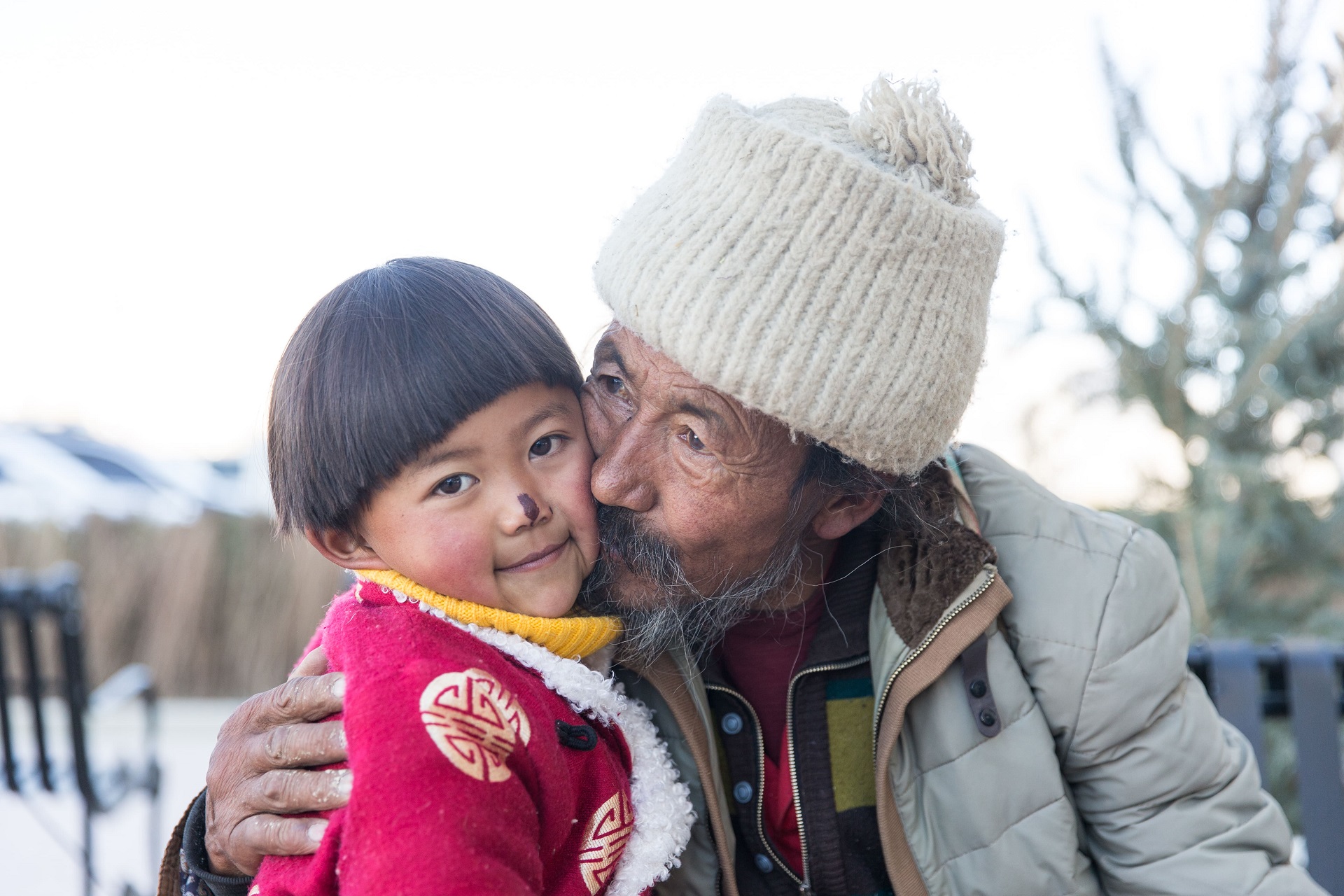 Medical Resources Go All the Way to Mount Qomolangma

As a region with a frigid climate and harsh natural environment with an altitude of more than 4,000 meters above sea level, Shigatse of the Tibet Autonomous Region is an "epicenter" of altitude sickness, and the plight is compounded by its inadequate medical resources.


In the Xialu Village of Gyamcoxung Township which is 30 kilometers away from downtown Shigatse, the temperature can be as low as -25℃ in winter, forcing people here to swaddle their new-born babies tightly in thick clothes, hence the high incidences of developmental dysplasia of the hip (DDH), an orthopedic disease of children for their outward-inclined caput femoris caused by long-term compression. Patients have to walk with a limp like a "duckling", which may cripple them for life if they aren’t treated in time. 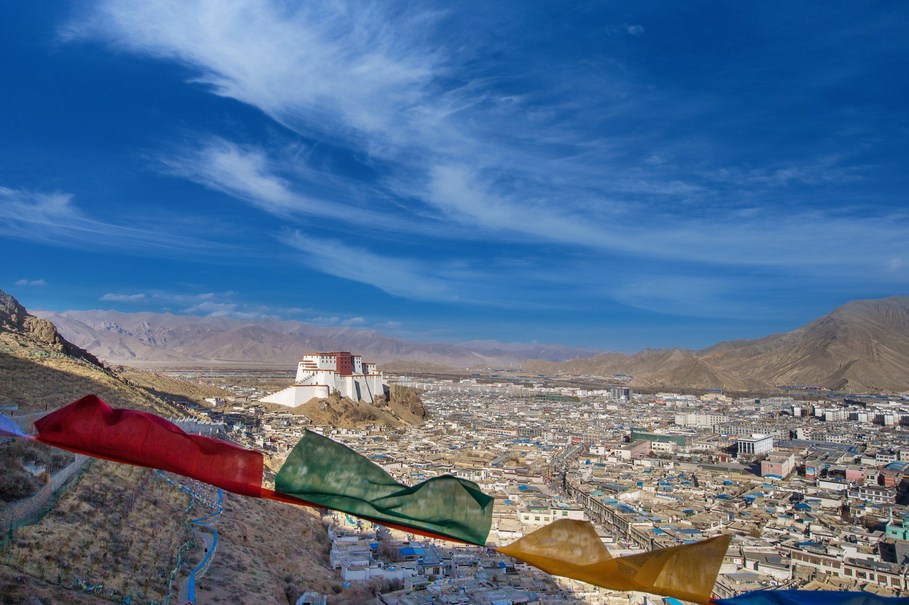 Shigatse, a landmark city of the snow-covered plateau


The prevalence of DDH in Tibet is over 32‰, 6 times higher than that of other parts of China. Two years ago, Deji Cuomu was diagnosed with the disease at the age of three and underwent an operation in Shanghai, thanks to a public welfare program. Even so, she had to return to Shigatse to accept limited rehabilitation treatment from local hospitals due to her cash-strapped family background.


Mo Xiaolian, Director of the Orthopedics Department of the Shigatse People’s Hospital in charge of her treatment, has been battling with this typical childhood orthopedic disorder for 40 years. He said, “We have found over 200 cases just by going down to grassroots villages through screening in the past two years, and we have no idea how many undetected patients there are.” Dr. Mo has a high, straight nose on his long, thin face, a facial feature inherited from his mother of Tibetan ethnicity, but the long-term life in Tibet and years of medical service in the grassroots villages have tanned his skin. He has been closely linked with this land through thick and thin. Dr. Mo’s greatest aspiration is that children suffering from the disease can have surgeries here in Shigatse in the future, instead of trudging a long distance to other regions.


Quite strikingly, this thinking, which once seemed to be wishful due to poor medical facilities and insufficient related knowledge and experience, has been fulfilled at a remarkable pace with the help of the telemedicine platform.

The Telemedicine Platform Spanning the Longest Distance in China

Since 1995, Shanghai has dispatched eight batches of medical teams to Shigatse, a landmark city of the snow-covered plateau, with modern medical technologies traversing thousands of miles from the Huangpu River to the foot of Mount Qomolangma, continuously promoting local people’s access to quality medical service while spawning imperceptibly the dream of digital healthcare.


In 2017, the domestic telemedicine platform spanning the longest distance from east to west was built with the synergy of the eighth batch of medical teams and the engineer group from the United Imaging Cloud.


Based on the United Imaging Cloud, the platform provides remote consultations, training, conferences, and live surgeries covering multiple departments. With the Shigatse People’s Hospital as the center, it stretches 5,000 kilometers eastward to more than twenty grade 3A hospitals in Shanghai and links five counties and five townships of Shigatse, including the remotest county Dingri, which is only 100 kilometers away from Mount Qomolangma known as the “top of the world”,so that quality medical resources from the eastern coastal areas can be delivered to the snow-capped plateau in a sound and steady manner.


Remote connection has been realized between Shanghai and Shigatse via the cyber platform, making it possible for doctors in Shanghai to give regular lectures to doctors in Shigatse without an arduous journey, who in turn are able to speak face-to-face with Shanghai experts in times of difficulties. Apart from the linkage between city-level hospitals of the two regions, the system also reaches hospitals in counties and townships, thereby enabling people in remote areas to receive diagnosis of common diseases as well as preventative care.


What lies below is a comprehensive and sophisticated network of “pivot points”, including the high-end private cloud deployment to guarantee the hospital and patient information is secure, The improved data cache backup mechanism ensures the stability and reliability of the platform along with the massive scalability required to attain the continuous expansion of medical information technology, business models, and further elaborate clinical treatments. 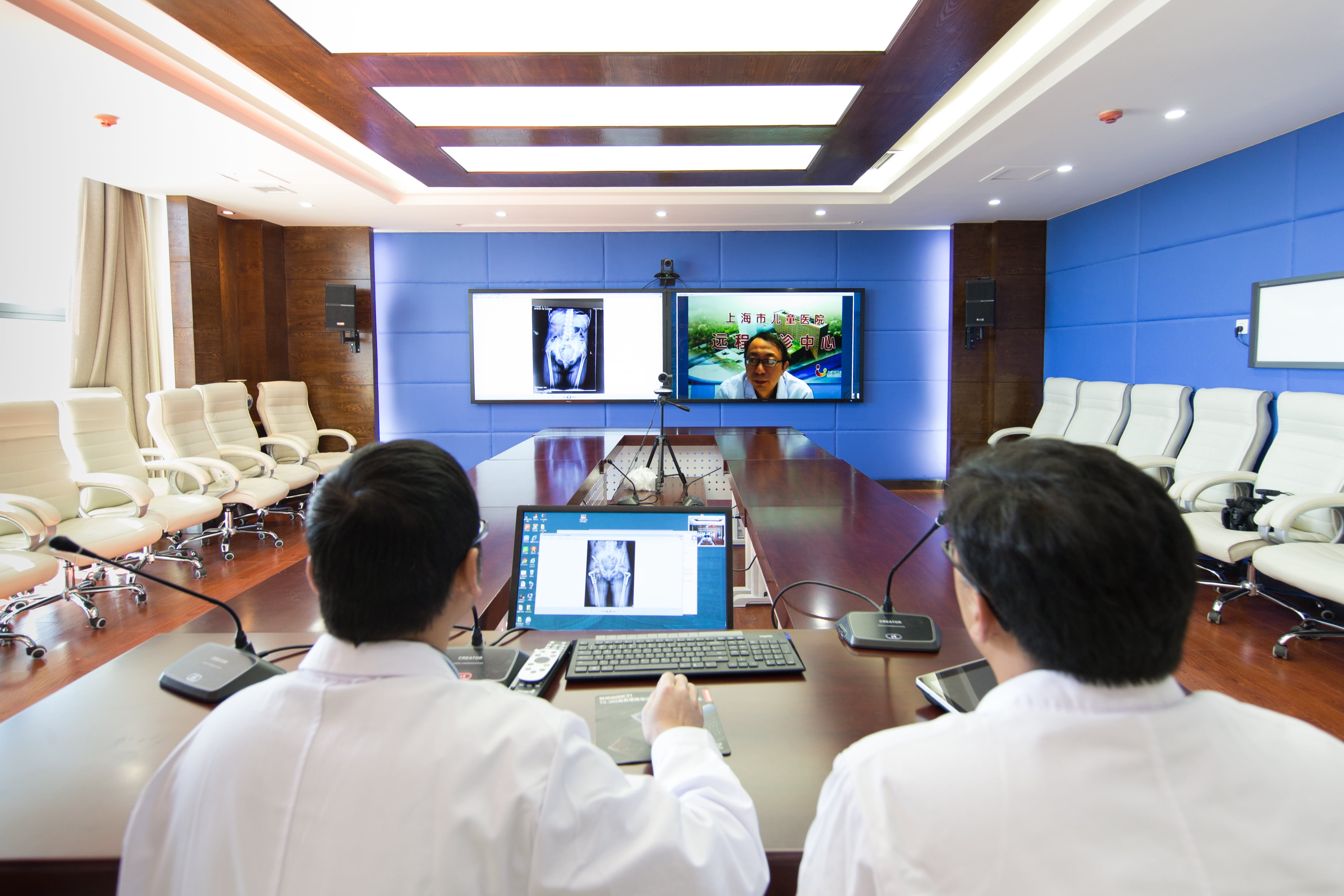 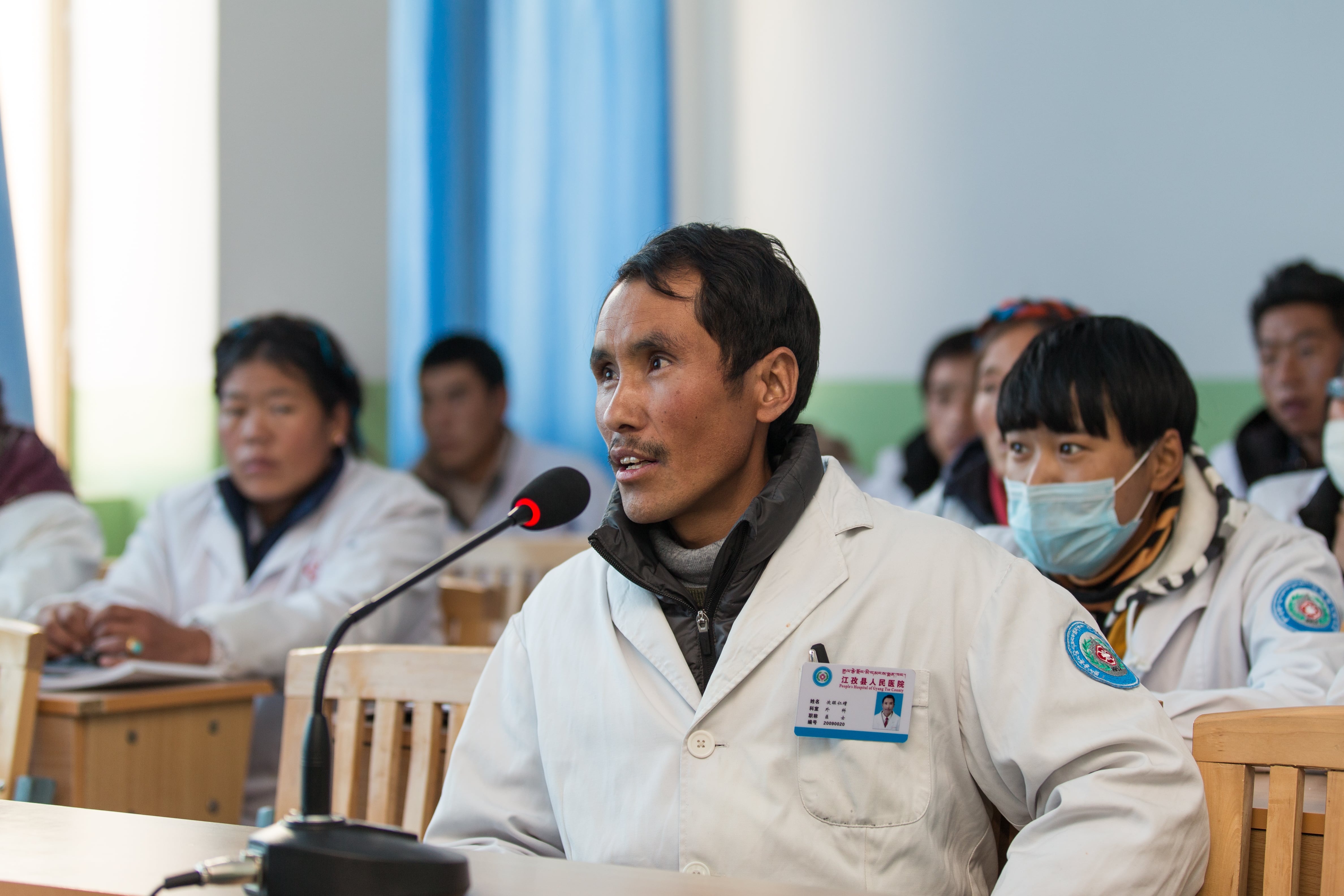 "Guardian Angels" on the Snow-Covered Plateau:

The scenario of using the telemedicine platform for the first time remains fresh in the mind of Dr. Mo Xiaolian: high-definition images and Shanghai experts appeared simultaneously on the big screen, immediately followed by a consultation for four or five cases in only one hour, without repeated confirmation on the sound clarity, image resolution, and transmission stability, whose stunningly high efficiency was virtually unimaginable in the past.


In October of 2017, the Shanghai doctors who operated on Deji Cuomu, consulted on her on-going treatment during a critical period of recovery, via the telemedicine platform. After several months of “precise rehabilitation treatment”, her recovery was impressive.


“Tujiqi, tujiqi!” Deji Cuomu’s grandfather folded his hands and expressed his gratitude in the Tibetan language, because he knew all too well that his beloved granddaughter would soon walk and run in the same way as her healthy peers do. Just then, Deji Cuomu hid shyly behind her grandfather, with her rosy cheeks glowing like a blossoming flower.


This means that a huge number of children like Deji Cuomu will be treated in a timely manner on their own “doorsteps”, saving the hassle of a long-haul journey. Additionally, an increasing number of Tibetan doctors like Mo Xiaolian have easy access to cutting-edge medical expertise, improving their ability to treat patients.


When telemedicine finds its way into this land, it stands ready to safeguard the lives of the people who live here. 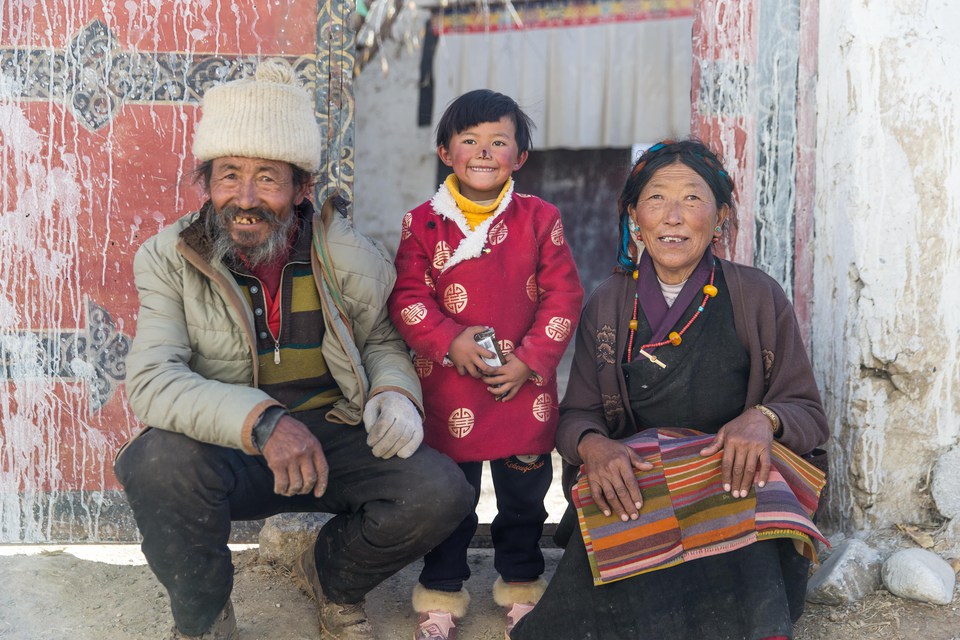 Family photo of Deji Cuomu after she recovered from the disease 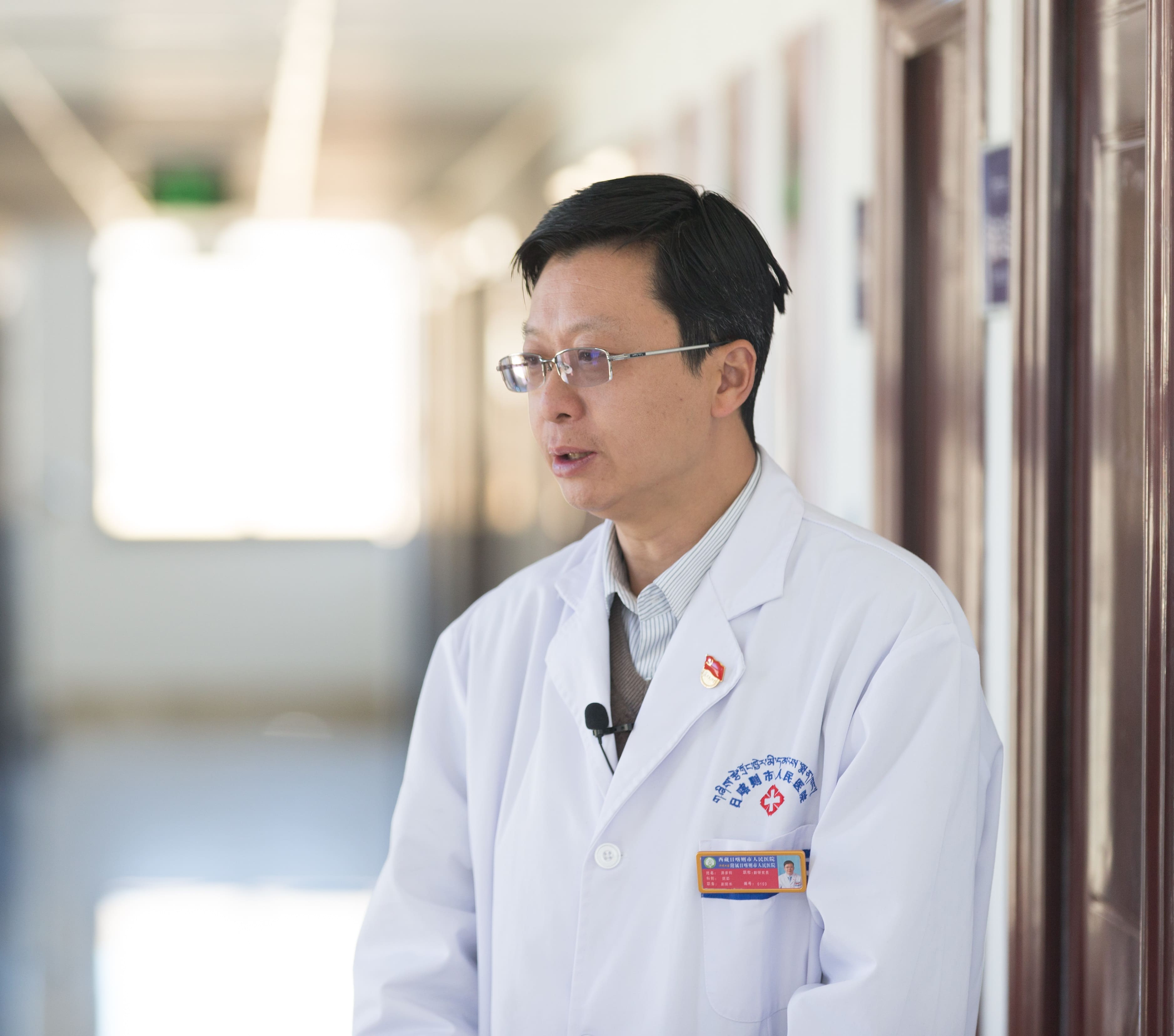 Lu Yanjun
Vice President of the Shigatse People’s Hospital, one of the eighth batch of Shanghai cadres sent to aid Tibet

“It will extend to the whole Shigatse in the future, benefiting over 800,000 people that account for a quarter of the entire Tibet!

“New operating rooms are currently being debugged in the hospital, which will enable us to perform surgeries on diseases like DDH by ourselves in the days to come!”